What kind of country are we?

We’re a country where, when a politician suggests scrapping the laws protecting people from being discriminated in employment should be scrapped, he’s roundly condemned by leaders from across the political spectrum.

But we’re also a country which has introduced substantial tribunal fees. Which has caused a precipitate drop in such claims and is widely criticised as a significant access to justice problem. 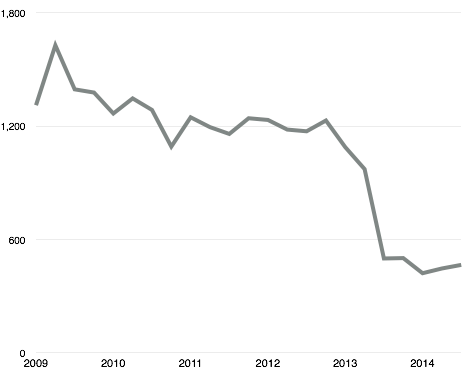 Yet there is little political interest, much less public outcry. And what political interest there is as likely to hail the drop as a positive sign that the tide of vexatious claims has been stopped. Not to mention become confused about its causes (if one more person suggests that the drop in claims might really be all about Early Conciliation, I may do such things, I know not what).

It’s all very well to support people having rights. Or to congratulate ourselves on the consensus that race discrimination in the workplace should be unlawful. But rights that can’t be enforced really are only worth the paper they’re written on.

There’s something unedifying about politicians condemning even the suggestion that a law should be repealed when they’ve already made it extremely difficult for most people it protects to use it effectively.

The confusion about causes may seem a petty point, but it’s not. If employment rights and tribunal fees were considered important political issues, politicians might trouble to inform themselves. Their persistent confusion over basic points – and the lack of challenge from other politicians and the media over that confusion – tells us a lot.

And we’re a country where it remains unclear what will happen next. The much promised review of employment tribunal fees has yet to emerge. No clear policy has been set out by any of the main parties. To try to work out what Labour might do, we’re reduced to parsing the edges of policy announcements, speeches and tweets.

I do have some sympathy for this. No doubt politicians concerned about tribunal rights and fees would say ‘We need to get into power to do any good. Employment tribunals aren’t a winning political issue for us and it’s only good political tactics to avoid them.’

But there are problems with it. These are important issues that, in the long term, have real impact. Not just on the people who bring cases in the tribunal, but many more people in the workplace. How can people make sensible political choices about them, if they’re rarely talked about? How will people who don’t have personal experience of discrimination, or having to bring a tribunal claim, understand if we don’t talk to them about it?

Finally, how likely are politicians to make good policy if their ideas are not discussed?

I do worry that the pressures of political competition means that decisions will be made almost entirely behind closed doors. However well intentioned and clever the people in the room might be, that’s not a good way of making policy. Politicians’ knowledge of what goes on in employment tribunals is probably about as good as my knowledge of what goes on in Westminster. That is to say vague, incomplete and sometimes hopelessly inaccurate.